Posted on December 3, 2018 in James Collins by index

Aston Villa veteran central defender James Collins, who was on Aston Villa’s books from 2009-2012, posted a photo on Instagram with him in the claret and blue training jersey and the fans are talking about it. 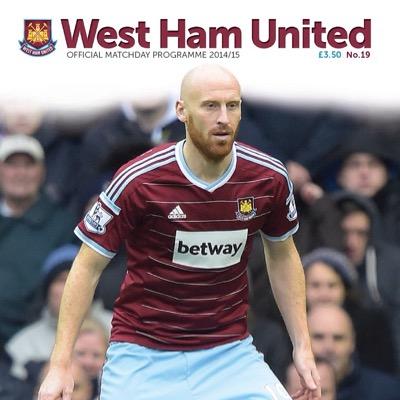 Manager Dean Smith addressed the Collin’s situation at the club just last week. He told The Birmingham Mail that Collins was still at the club and training with the rest of the Aston Villa players after being brought on trial under former manager Steve Bruce just two months ago.
END_OF_DOCUMENT_TOKEN_TO_BE_REPLACED
Tags: Axel Tuanzebe,  James Collins,  Miles Jedinak
Comments Off on JAMES COLLINS STILL TRAINING AT VILLA

Posted on September 25, 2018 in James Collins by index

Former West Ham defender might be in contact with Stoke City about a potential move after he has been released by West Ham. The player was released by the Premier League club after his contract expired but he has been training with them in order to keep his fitness. He was hoping that the team would have offered him a new contract but nothing materialized.

James Collins has then left West Ham to train with Ipswich and was then approached by Stoke City. He is hoping that he could get a deal from the Championship side in order to get a chance to play again.
END_OF_DOCUMENT_TOKEN_TO_BE_REPLACED
Tags: gareth bale,  jack wilshere,  James Collins
[Top]
Comments Off on Collins in contact with Stoke City

James Collins is set to leave West Ham at the end of the month when his contract will expire. In a statement released by the club, West Ham wants to thanks the player for his contribution during the season and wants to wish him well for the remainder of his career. 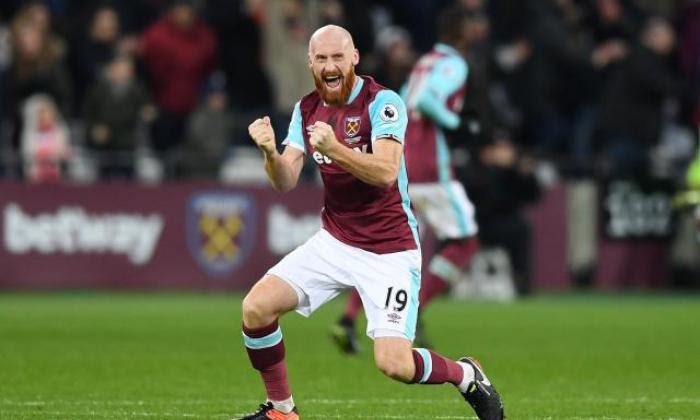 West Ham will be managed by Pellegrini next season and it is obvious that the new manager will want to bring in his own players during the transfer window.

Since moving to their new stadium, West Ham has some renewed ambitions and want to challenge for a place in Europe. They will feel that the arrival of Pellegrini at the head of the club will be a step in the right direction.

James Collins said that he will give himself some time to decide what he will do next season.  The player will want to have a look at the offers that come his way during the close season to decide whether he will continue his playing career or whether it will be time for him to stop.

He said that it has been a tough season for him as he was plagued with injuries but he now feels better.  He said that the West Ham fans have been great during his time at the club and that he will always cherish these memories. He believes that he can still play at the highest level for a couple of years and will be analyzing the various offers.

For the time being, he wants to spend some time with his family and also enjoy the World Cup. For him the best team at the tournament is Germany and there is no doubt that they will be lifting the trophy at the end of the tournament in July.

West Ham defender James Collins has suffered an injury setback after making a return to action this week. The Hammers’ star injured his ankle in September and as he returned to training last week, he picked up a hamstring injury. 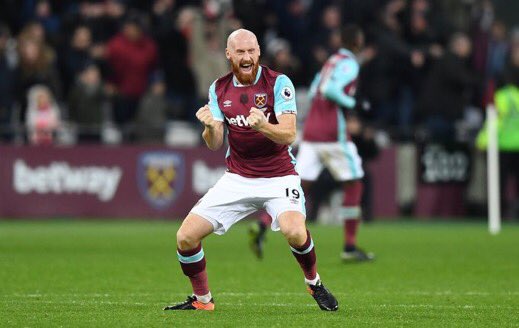 Collins was named in the starting line-up against Wycombe Wanderers in the Under-23 Checkatrade Trophy. After 24 minutes, he had to be pulled out after straining his hamstring. The substitution was more of a precaution and he could return in the following days. Terry Westley’s team lost the game 2-0 though.
END_OF_DOCUMENT_TOKEN_TO_BE_REPLACED 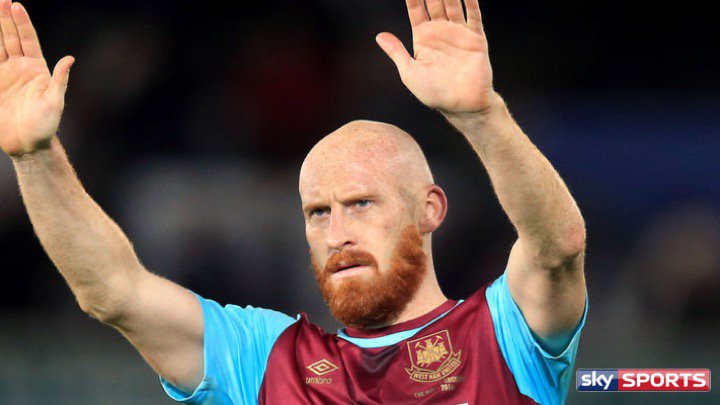 Collins opines that it is the team that has let the coach down rather than the Croatian failing to make impact. The East London side sits at the bottom of the current league standings after three loses in the league. The club has spent considerable funds in the last two seasons to place at the bottom in the Premier League. END_OF_DOCUMENT_TOKEN_TO_BE_REPLACED

Posted on August 9, 2017 in James Collins by admin

West Ham defender James Collins said that he is excited about the new season. He said that the team is buzzing with excitement and that they want to push for a European place at the end of the season. He said that last season was a bit difficult as they had to get used to their new surroundings especially for the home games but that things have settled down now. He said that it was tough last season as their fans were quite far from the action and that has impacted their performance. END_OF_DOCUMENT_TOKEN_TO_BE_REPLACED In spite of this string of underwhelming results, there was 1 performer in particular that grabbed the attention of the manager SlavenBilic as he praised James Collins who still managed to prove his worth even in times of despair.

James Collins has 1 more year on his contract with the English club and with this recent string of acclaimed performances, it’s likely that SlavenBilic will attempt to extend the contract of Llanellia fc the Welsh defender who has been rising above the majority of his teammates in times when West Ham United needed someone to do it.

[Top]
Comments Off on James Collins has earned the nickname of: ‘’Braveheart’’

The 17th of December being Saturday, will see West Ham go on to face Hull City in London, at the London Stadium or their latest Premier League Clash. In order to climb up further away from the relegation zone, the Hammers still have lot of work to do, but will be boosted up ahead of their clash, following a 1-0 win against Burnley earlier this week.

With their latest win, they sit at the 15th position on the table, with four points away from the relegation zone as they head into the fixtures for Christmas and the New Year.

For Hull City however, they would be needing a win in this game if they wish to turn their fortunes around, and climb up out of the drop zone. They currently sit at the 19th position on the table, four points worse than Saturday’s opponents.

The upcoming game will see the Slaven Bilic led side without some of its players, namely, Simone Zaza, Sam Bryam, DiafraSakho and Reece Oxford. Following a hamstring injury, James Collins is not yet cleared to feature in the game and as such, would be a minor doubt.

Hull recently lost to Spurs at the White Hart Lane and heading back to London against West Ham, they would be hoping to head back home with a win.

For the Hammers, a win is quite necessary, if their under fire boss, Slaven Bilic hopes to get relieved from some pressure being mounted on him. If they come off with a win in this game, it would be their first back to back win at home this season.

Crystal Palace are set to host West Ham this weekend in a Premier League clash.

Palace would be ready to face the Hammers, who are enjoying a fitness boost ahead of the clash at Selhurst Park. The Hammers have suffered a poor start to the new season. West Ham have had just one victory in all league games played so far, and they find themselves in the relegation zone despite the huge sums spent during the summer on transfers.

On the contrary, Palace have won three of their last four games under coach Alan Pardew. A win this weekend would push them to the top six but it would be a difficult tie as West Ham would be seeing another win to boost their hopes this season.

Palace would miss Scott Dann due to hamstring injury, former Chelsea player Loic Remy remains sidelined due to a thigh strain, and Pape Souare’s broken leg would ensure he remains out. Summer addition Andre Ayew ie yet to return for the Hammers, Diafro Sakho, Gokhan Tore, Andy Carroll. Arthur Masuaku and Sam Byram would not be contributing as they remain on the sidelines.

In the last three games between both sides in the Premier League, there have been red cards. The pressure hints that a player might get marching orders, but the managers might also likely warn the players ahead of any provocation. Wilfred Zaha, and Christian Benteke would want goals, but they would have to battle Manuel Lanzini. Dimitri Payet and Michail Antonio.

[Top]
Comments Off on Crystal palace vs. West Ham preview

English Premier League club West Ham began their campaign at new home – the London Stadium, on a brilliant note as they defeat their opponents Bournemouth 1-0 in the second round of games in the league.

It was a difficult game on paper for West Ham as they had their first choice forwards out injured, with Andy Carroll missing for at least a month.

Michail Anthonio wrote his name in gold in the record book of West Ham as he became the player to score in the new stadium. The right-back turn left winger couldn’t live up to expectations when West Ham faced Chelsea in the first game of the season, and he was pulled off. On Thursday, The Hammers played in the Europa League yet Anthonio didn’t do anything spectacular. However, the injuries forced manager Steven Bilic to give him a chance.

The game was slow, despite the landmark move away from Upton Park, after an amazing 112 years. The goal came very late in the game but they were able get a memorable finale at least. Antonio scored through a header, sending the ball over goalkeeper Arthur Boruc. The win gives West Ham their first points in the league after their loss against Chelsea in the first game. A tackle in the box allowed Hazard put Chelsea ahead from the spot, but defender James Collins fired the equalizer before Diego Costa sent the Hammers home without any point.