Luton Town striker James Collins has expressed his excitement after his side defied all odds and managed to secure a win over arch-rivals Watford. Collins was the hero of the match as he came off the bench to score what was the match-winning goal, handing his side a famous and unexpected victory over their rivals. 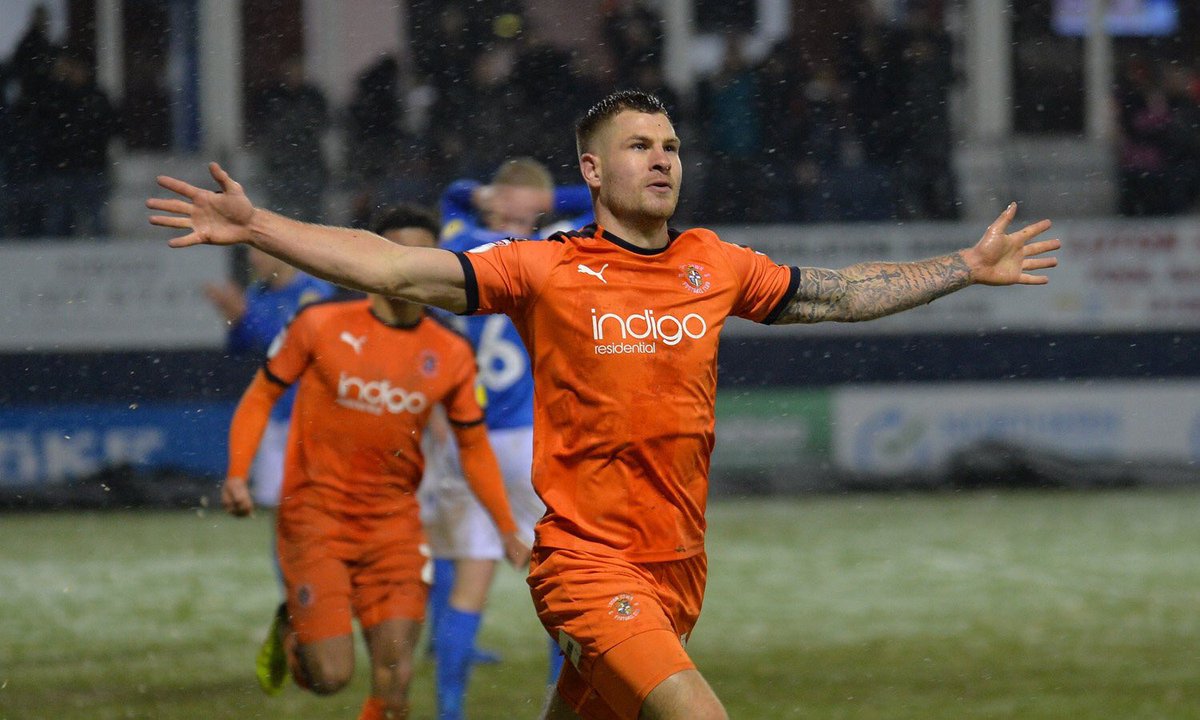 The match was played at Kenilworth Road on Saturday and it ended 1-0 in favor of Luton after the players performed emphatically well and beyond expectations to record a much-needed win as a result. Luton were already an active side right from the very first minute of the action and the home side performed excellently well to convince fans that they more than anything, needed to win the match more than the away side did.

This was the first meeting between the two teams since they both met at Kenilworth back in January 2006. However, Luton had never tasted victory over the Hornets since the last time it happened back in August 1993. Bearing that in mind, there was only one aim the players targeted, and it was to win the match.

Their attitude toward the game right from the start confirmed their outright intentions to emerge winners and they daunted their opponents’ huge ambitions to finish the season strongly. Watford are currently the second team on the table and were on a run of seven wins in their last eight games before the tie. Luton also had more chances to score more goals and put the tie to bed but they wasted those chances and could only end up winning by 1-0.

With 12 minutes to go, Collins, a second-half substitute, was allowed to take a penalty after one of Luton’s players was brought down in the Watford box. He fired the ball into the back of the net majestically to hand his side a precious 1-0 lead and it was enough to secure all three points.

After the game, Collins said he and his teammates knew how important the game was and they were the better side throughout the contest.