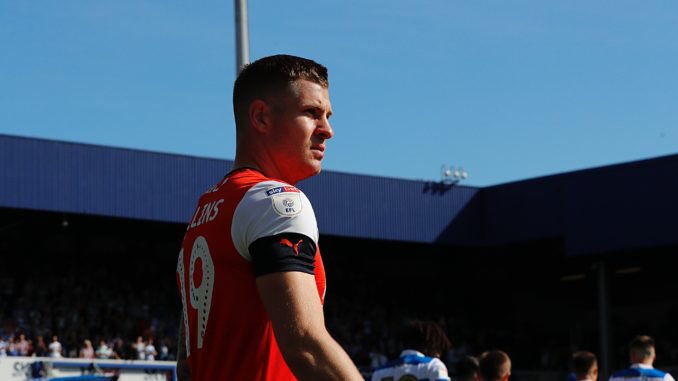 30-year-old striker Collins has eight caps for the Republic of Ireland and he was recently on target in the defeat at the hands of Serbia.

On his part, McCarthy also expressed his delight to Cardiff City on the signing of James Collins as he praised his qualities which he listed as hard work, durability and goal-scoring ability. McCarthy pointed out that the player has scored goals from the lower leagues to the Championship and that he’s expected to be away with the Republic of Ireland on international duty this summer.

McCarthy can’t wait to start working with James Collins again as he talked about the player featuring and scoring for the Republic of Ireland while he was manager. He also talked about his impressive appearance record. The striker has over 500 appearances at age 30.

James Collins has joined a Cardiff City that would be targeting promotion to the Premier League after the excellent run of form took them to eighth place in the Championship this season. Cardiff City missed out on the playoffs as a result of their form before McCarthy became their manager.